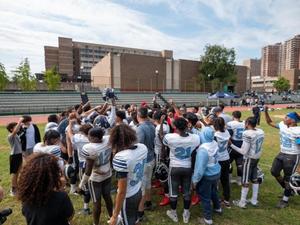 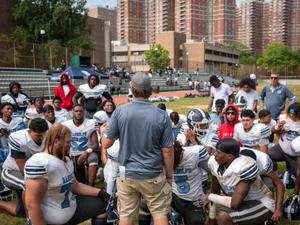 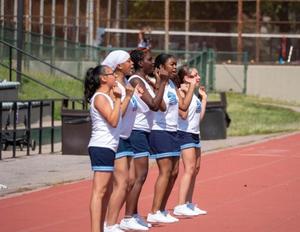 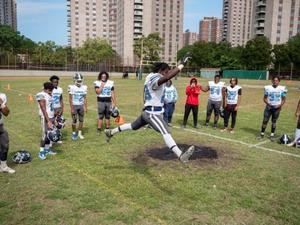 Congratulations to the APRCHS Varsity Football Team for an AMAZING game on Saturday 09/17/22.

Congratulations to the APRCHS Varsity Football Team for an AMAZING game on Saturday 09/17/22.

The A.P. Randolph Varsity Football Team continued its hot start to the season by defeating August Martin HS 42-16 on Saturday at Truman High School. It was a beautiful September afternoon, and once again, the Randolph Community was out in full force. The wonderful afternoon was capped off by a celebratory dance circle that the Randolph Cheerleading team was happy to organize!

Some highlights from the game include:

Senior Zahill Campbell had over 100 yards rushing and added another touchdown.

Senior Patrick Tackie dominated the line of scrimmage with 6 tackles, and one for loss.

The Randolph Cheerleading Team opened their season by making sure their presence was known!

Shout out to Coach Fletcher as the girls were loud, and on point all afternoon!

AP Randolph opens their League Schedule next week vs. Petrides

Hope to see you all there!!